An optimistic person might call this place a town. It has a name, a gas station, a few stores. It just doesn’t have many people. Which makes these other losers still hanging around here important. The same few people are your co-workers, your neighbors, your dating prospects, the folks you run into everywhere.

"Friends" might be a stretch, but they know you. Or at least they know who you used to be. They know about all the stupid things you’ve done, and they won’t let you forget it. Nobody gets a clean slate here. But maybe you can shake off your reputation and become something new.

Unincorporated is a collaborative, mostly-GMless story game for 3-5 players who take on the roles of ordinary people caught up in petty rivalries, long-held grudges, intense frenemyships, and hopeless love affairs, all while trying to shake off the weight of expectations.

It’s designed to be played in 1-5 sessions, with no prep and a quick, easy setup. It's great for streaming, or for filling out parts of a modern setting for a longer campaign, maybe something like Copperhead County. Create character history and setting details by answering a few questions, pick a starting Plot, and try to solve it. This also makes it easy to re-skin with alternate setting playbooks.

Gameplay uses PbtA-style 2d6 +stat dice rolls. Your stats are Jock, Nerd, Prep, and Goth. You can change your dice results or your reputation -- or even add a new stat -- by spending tokens, which you earn by choosing to fail or add complications.

Players have described individual game sessions as "The best Northern Exposure episode they never made," "The Hangover, written by Nora Ephron," "A kinder, gentler Fiasco," and "Awkward Conversations: the game."

The current version has a single set of questions and plots, but additional playsets are available:

Weird Little Town
Inspired by Welcome to Night Vale, Hot Fuzz, The Wicker Man, etc, here's a town with a dark secret, or, more likely, many dark secrets. Want more chances to use your Goth stat? Here you go.
Vigil Creek Nature Preserve
A park with rare species to protect, eccentric co-workers to tolerate, and a reputation for strange events. Includes some extra material for creating the park.

The game is designed to be very easy to reskin with your own playsets. If you write one, please post it in the comments or let me know @bethanyharvey on Twitter so I can link to it!

Want to see the game in play? Check out these actual play recordings. And if you've made one, please post a link in the comments!

One-shots on my Youtube channel
These use the first version; the rules have changed a bit.
Paranormal Romance (Audio | Video | RSS)
Three friends decide to relive their youth by getting drunk and exploring a haunted house, attracting a ghost who wreaks havoc in their already disastrous personal lives.
Vigil Creek Nature Preserve (Audio | Video | RSS)
Florida's only bear-free park is thrown into chaos by a mysterious creature, a thirsty tabloid reporter, and an elderly volunteer with delusions of grandeur.
Witchy Little Town
@yayforbooks runs a hilarious 2-shot in which Amelia Earhart is a terrible roommate.
Unincorporated: Shadyrock Cove
@nerdy_teddi facilitates for nerdswithdice
Unincorporated - a Queer TTRPG Stream
@sarahiscoffee facilitates for HyperRPG

This is a beta version, though it has been playtested extensively. In future versions I plan to include examples of play, more/better art, and extra lists of questions, examples, and plots to fit different genres and tones.

If you play it, please let me know what did/didn't work so I can improve it. And add a song or two to the playlist!

UPDATE: The playlist is now available on Youtube, but I don't think others can contribute to it.

Cover art adapted from work by SparrowsHome, Hugo B., and GDJ.

This game uses mechanics inspired by several game systems, including Apocalypse World and its descendants, especially Dream Askew; Lasers & Feelings; and FATE Accelerated Edition. And those are just the ones I meant to steal from. I'm sure there are others.

The Google Sheets character keeper was inspired by many others from the Gauntlet.

In order to download this game you must purchase it at or above the minimum price of $3 USD. You will get access to the following files: 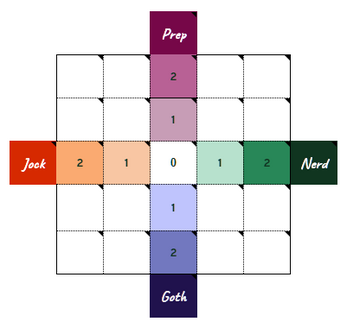 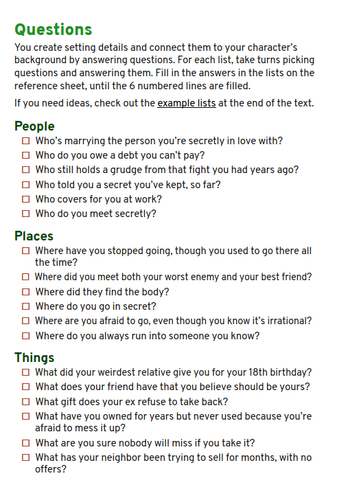 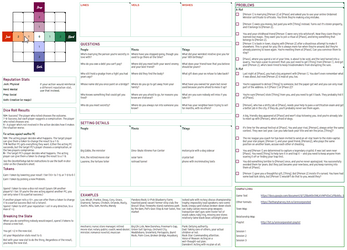